Add emailed report to any scan

When setting up a scan there is now a “Generate Report” option along with the existing “Recurring” option. Both options were given a keyboard navigable tooltip. When the Generate Report option is turned on a Email to input is shown where a user can add email(s) to send the report to when it is completed. 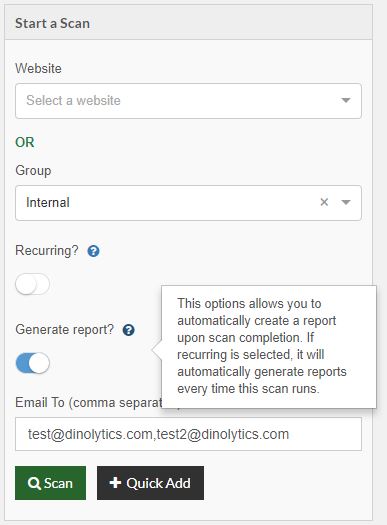 Update on how emailed reports are handled on scheduled scans

Scheduled scans were also updated with the tooltip and an option to specify emails for the report to be sent to automatically. For example if a scan is scheduled to happen monthly and the “Generate Report” option is selected any emails added to it will receive an email report after the scan happens each month (weekly if set to weekly). 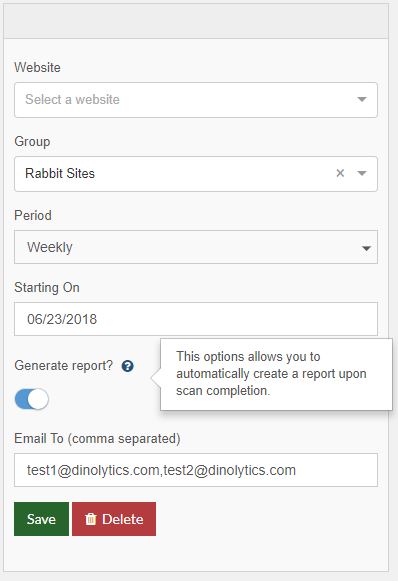 Update to emails of emailed reports

A brief summay was added to the email that is sent out with the report options above. The email now includes the following:

Attached is your Pope Tech report for the following groups:

Report initiated by: User who create the report

The PDF report is attached.